英語でニュースを読む！
ニューズ
＞
British or American? The Origins Of Halloween 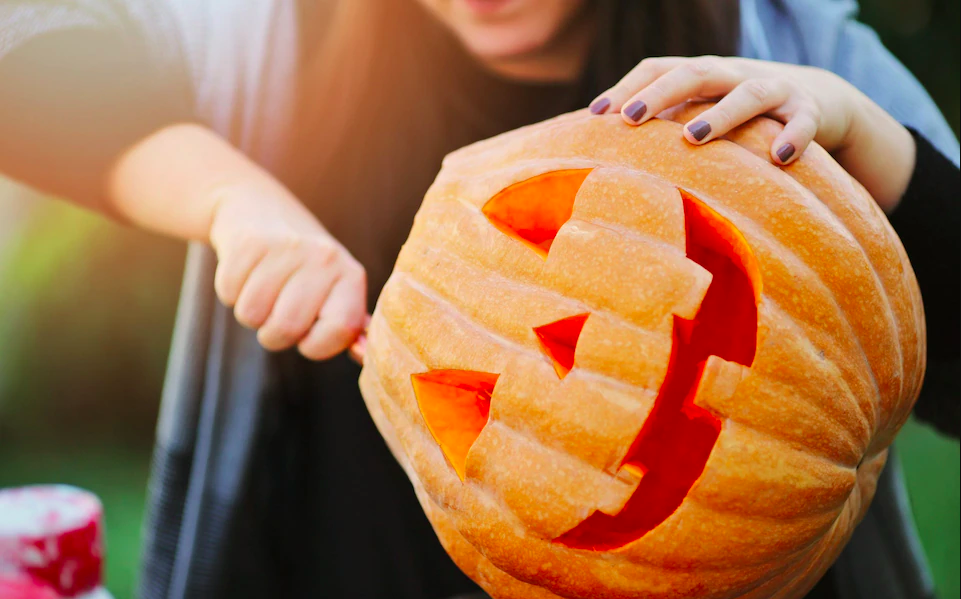 Supermarkets around the UK are now preparing for Halloween this year on October 31st. Pumpkins and Scary Costumes will be sold everywhere.

Halloween has many names, such as Allhalloween, All Hallow's Eve or All Saint's Eve - An evening where Christians often have a feast.

However, most people just call it Halloween nowadays!

Some people believe Halloween comes from the Celtic  festival of Samhain, meaning 'Summer's End' which is celebrated at the end of summer.

Also, similar to trick or treating, People in the UK would dress in costumes and go door-to-door to ask for food in exchange for a poem or song.

Their costumes looked like the evil spirits they wanted to scare away because they felt protected if they copied the appearance of the spirits.

By the 11th century, a new tradition called 'souling' was made. Children would go door-to-door and ask for 'soul cakes' in exchange for praying to the souls of relatives.

Children dressed up as angels, demons or saints. The soul cakes were sweet, with a cross symbol on top. Eating the cakes allowed <tipso trapped>trapped<tipso trapped> spirits to go to heaven.

It's a little similar to 'trick or treating' today!

Americans did not care much for the <tipso religious>religious<tipso religious> meaning of Halloween, but they enjoyed dressing up, eating candy and making Jack O Lanterns.

Since then, the tradition of Halloween has become more of a party than a religious celebration.

How do you celebrate halloween in your country? Have you ever tried trick or treating?