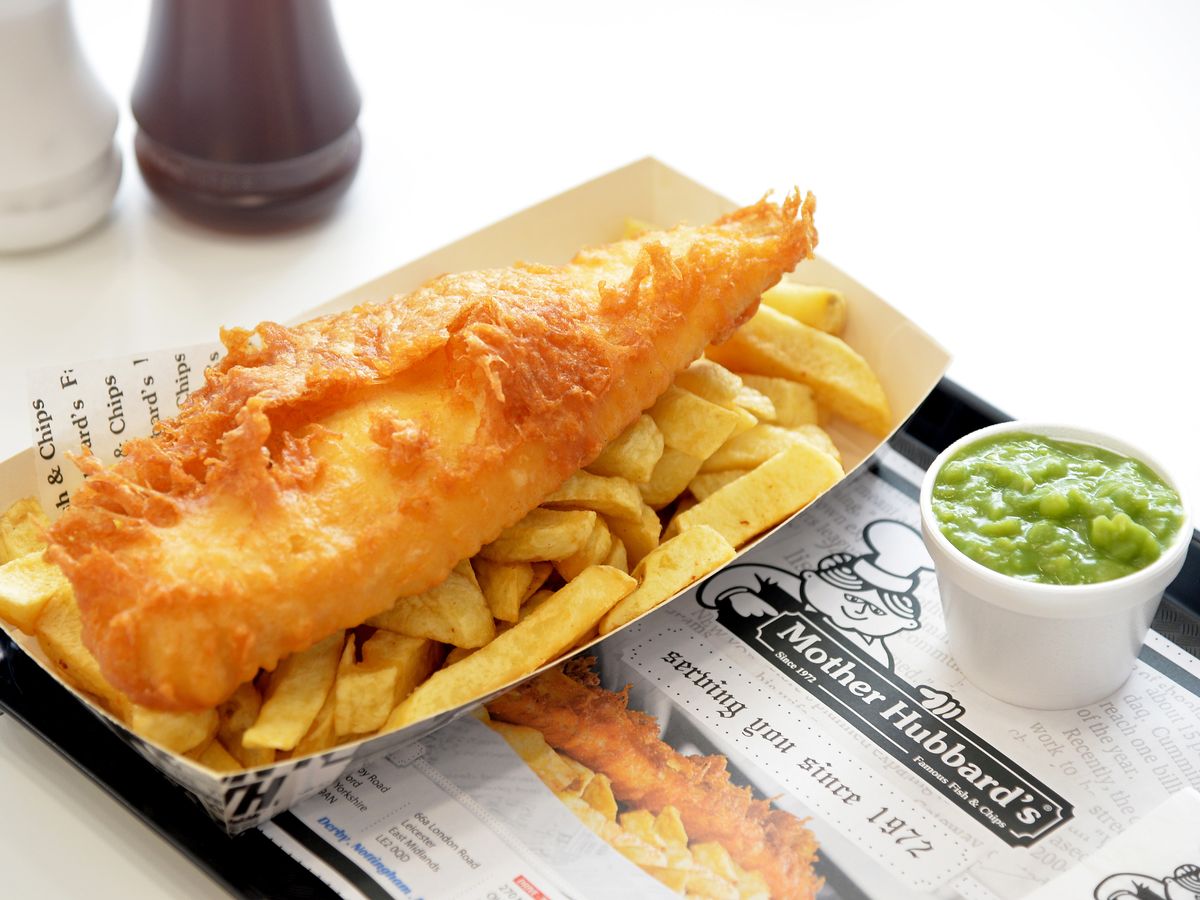 Well, In Bolton, there is a chippy called Mother Hubbards. Over the weekend, the chippy had a special promotion for its customers.

Why 45p? When Mother Hubbards first opened in 1972, this was the original price for their fish & chips. Nowadays, the usual price is £5.95.

The excited and hungry customers began queuing around 9am, 2 hours before the chippys opening time.

By 2pm, they had sold over 700 portions of Fish & Chips, and sold another 700 before closing that day.

"It's been <tipso hectic>hectic<tipso hectic> and we lost quite a bit of money today, but it's great to see so many people here."

"We've been waiting about an hour and half, maybe longer"

"We were going get a portion to share, but we've been here so long I think we'll get one each now, we're so hungry."

"We've been to the Mother Hubbard's in Blackpool before - they're really good."

‍
Pizza comes 4th and Thai cuisine is the 5th most popular.

What's the most popular takeaway food in your country? and how much is a portion of fish & chips where you live?