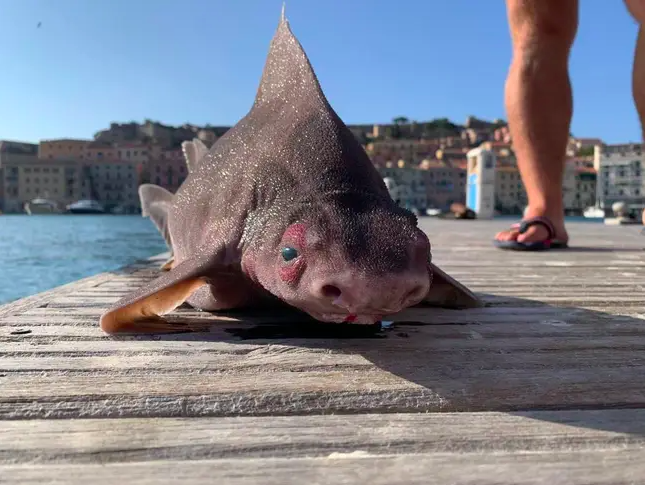 A group of Fishermen were very surprised when they found the strange looking creature swimming next to their boat in Portoferraio, Italy.

They quickly took the creature out of the water and discovered it had the body of a shark and the face of a pig.

This deep-sea creature also has a nickname: The pig-faced shark! It's pretty easy to remember, isn't it?

Some people even call it a pig-fish because it <tipso grunt>grunts<tipso grunt> just like a pig.

This pig-faced shark was taken to Elba Aquarium, where it was further studied.

Yuri Tiberto, A professional at the aquarium explained that the Tuscan Archipelago, a group of islands in Italy, is so rich in <tipso biod>biodiversity<tipso biod>. So its not <tipso uncommon>uncommon<tipso uncommon> to find this kind of fish.

Have you ever seen a fish like this before? What is the strangest animal you've ever seen?