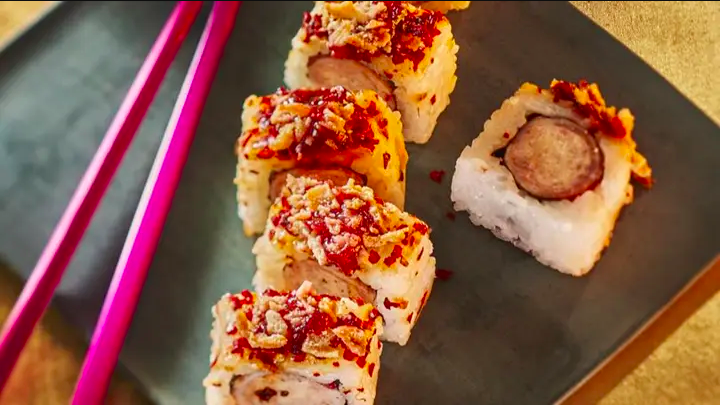 A UK supermarket has revealed it’s Christmas-themed food items for 2021, and some items have left British people confused and <tipso disgusted>disgusted<tipso disgusted>.

Sainsbury's, one of the UK’s biggest supermarkets, has <tipso combine>combined<tipso combine> pigs and blankets with sushi! They’ve called it 'Pigs in Snowy Blankets'.

The 'Pigs in Snowy Blankets' will be available for customers to buy from November 1st 2021, for the price of 3 British Pounds.

🐷🐷🐷
After the 2metre long pig in blanket, the pigs in blanket pizza & pigs in blanket mayo, I bring you news that @sainsburys has officially jumped the shark. Or the pig.
SAINSBURY'S IS SELLING PIGS IN BLANKET SUSHI pic.twitter.com/ydd9NHcMQc

Other users from Twitter also shared their opinion on the product, most of which were negative. They describe the food as "horrifying" and "absolutely disgusting".

However, some users thought the combination wasn't too unusual. : "Hmm, if as shown, it's sausage and rice, [and] that's not a bad idea"

Sainsbury's has more than 300 new Christmas-themed food and drink items this year, from festive burgers to vegan ham and salmon.